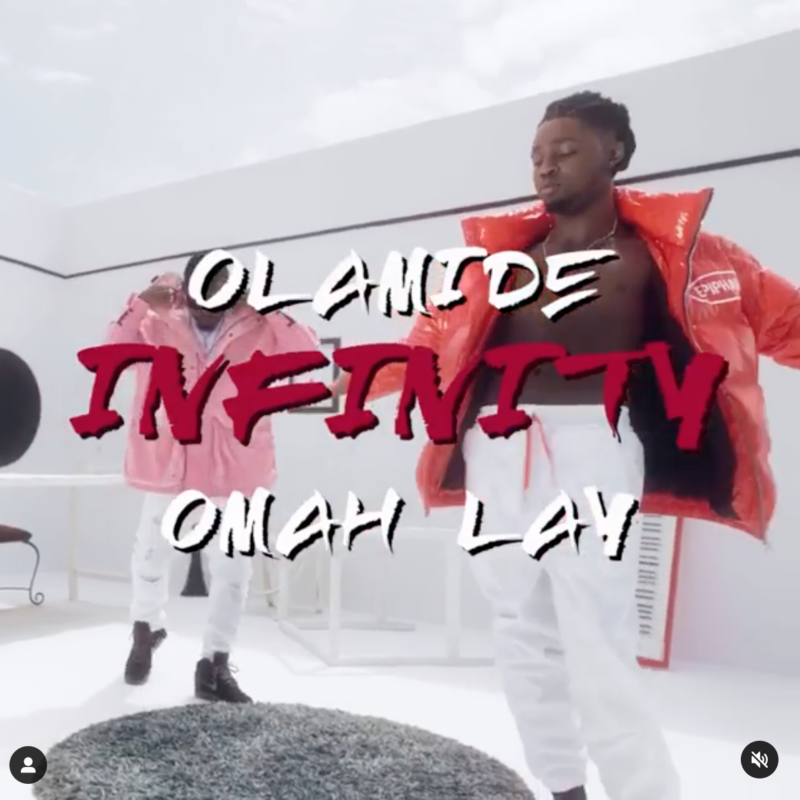 After the successful release of ‘Triumphant Video‘, Olamide serves us with a new visuals – “Infinity Video” featuring Omah Lay.

Minimalism goes a long way on “Infinity,” which demonstrates that a sing-song melody and a persistent beat are more than enough for a gently propulsive hit. P.Priime, the producer behind “Infinity,” managed to create a song with hardly any other instruments aside from voice and percussion. A keyboard stabs occasionally in the background, but Olamide and Lay do the heavy lifting, repeating the song’s title in pretty, cascading permutations.How

That suggests that Olamide is reaching new heights in the U.S., but he has been prominent in Nigeria for nearly a decade. In 2012, he founded the YNBL Nation label, which went on to sign rising stars like Fireboy DML. Earlier this year, Olamide announced that YNBL entered into a distribution deal with the U.S. company Empire, the latest in a series of alignments between American and Nigerian music companies.

Olamide has been keeping an eye on Omah Lay since before the young singer released his debut EP in May. “His sound is fresh, and he does a lot of what we call slanging,” Olamide says. “I had loads of friends growing up from Port Harcourt, and every time he and I talk it reminds me of them because their slang is way different than Lagos slang. The way he uses words and lines is different from the way regular people from Lagos do their music. That’s why the guy stands out.” – Rolling Stone

Without wasting time Olamide releases the official music video for the No. 1 hottest song in Nigerian (At The Moment) – “Infinity”. Watch and Enjoy the Clarence Peter Directed video below

What do you think about this song?

We want to hear from you all.

RECOMMENDED SONGS FOR YOU 👇