It has been confirmed that DMW boss, Davido is now a Manchester United fan.

Davido was live at Old Trafford to watch the UEFA Champions League match between Man U and Atalanta.

In a match, wish ended 3-2 in favour of Manchester United had Davido celebrating with the number 7 Jersey.

However, the club’s official Instagram Page posted Davido flaunting the club’s no. 7 jersey and recognizing him as one of the superstar fan of the club. 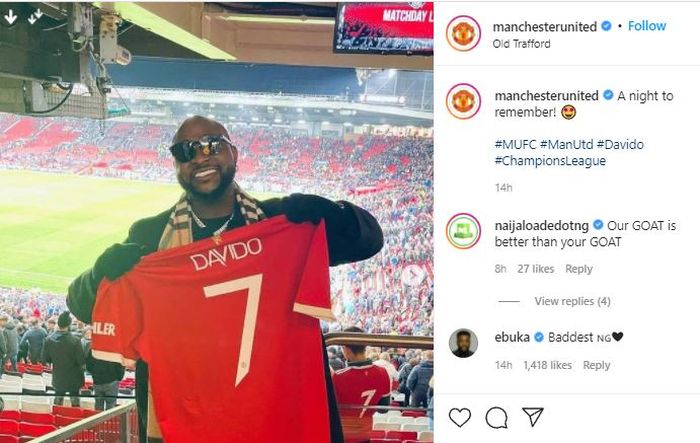 Davido was also spotted hanging out with Pogba after the match.

I Do Not Believe In Islam At All – Reno Omokri

Naira Marley Plays With His Dogs On Christmas Day (Video)

Merry Chistmas To All Naijablow Fans

Ka3na Strips Down To Lingerie For Christmas (Photos)